End of the world- chapter I I am playing with the ball which I found while climbing stairs. It was there I don't know for how long. It is stinky and completely smudged with dust. There are few portraits lying on the floor. Everything is covered with dust, there is one globe on the table but google map would have helped to locate where I am, better than this. I was so used to google, whatsapp, facebook never even bothered to study geography. For everything I used to rely on google even to sew a button I usually checked a video on youtube. Generally, I used to cross check what ever my teacher used to say on internet as I believed it more than even my friends. I have little scars on my face and little sun tan. My mother would scold me if I wouldn't take care of myself.

I looked out of window, just to check what is the time now. I found this withered out neglected place while walking and searching for food. Though grass is overgrown and weeds are creeping over the house I found it pretty safe and warm. There was a sign board just outside the house with 'BROOTS' written on it. The house is pretty big bit gloomy and spooky though but before the end of mankind may be some family was living here. I am bit shocked though how it's still holding it's root on the soil as most of the places are completely destroyed and some along with the land drowned out in the ocean. I still don't know how I survived that tragedy and ended up in this country. I tried calling my family, friends, relatives but there is no electricity, no phone calls can be done, no food and it's been more than a year. I stopped keeping track of time long back. I tried so many options of help, even sat near the sea for so long expecting may be some ship will pass by or some body will come for my rescue.
But I guess no one is alive to help me and get me back to my home. Or that can be a possibility people are still out there but forgot about this country. I still miss those days when every comfort was there, we used to get everything in exchange of money but this global warming thing no one took it seriously. People normally used to say I have big problems in life, I have to raise my family government should take care of such stuff. But I guess it was the biggest problem, bigger than our exams, our relationship issues, our family problems in short, bigger than everything. As a kid I read definition of this in our books but never thought it will be worst than even nuclear bomb.

I still remember all those things that were happening before end of the world or what ever that was. Everybody started moving out of the city after red alert was generated to some where safe but I guess there was no use of that as they specified in news every place is in danger. For 10 days or more than that there was no electricity in the house even water stopped coming. I stopped going to school and our whole family used to sit together in my dad's room keeping radio on the table expecting some news will come either bad or good that will decide fate of man kind. Then One day I got out of house I was so frustrated and bored with all this, It was getting on my nerves. Half of the things didn't make sense as I thought if we can make such big missiles, ships, machines, cities than why can't we fight against this. My dad said it was something related to nature which can't be determined or fought against by humans, it is cycle of nature to give and take.

Just sitting there near the window I can see sun playing hide and seek with clouds. It looks beautiful, nature is the only thing that is left behind. I still carry my cell phone along with me, in hope may be electricity will come some day and I'll charge my phone and call my family. May be they are still searching for me. I am feeling hungry again it's been two days I last ate. I searched in the house for some thing that is edible I found two cans of ready to cook food so I checked the date. It was expired last year but I opened it and started eating . It was completely rotted but I had no other choice. I heard some voice from the next room. I thought may be some one still lives here.....

Read Post by Vanish Girl : You are just a burden for ME

This work is licensed under a Creative Commons Attribution-NonCommercial-NoDerivs 3.0 Unported License. 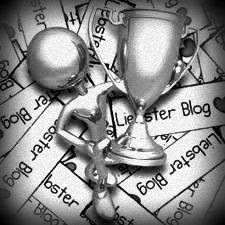